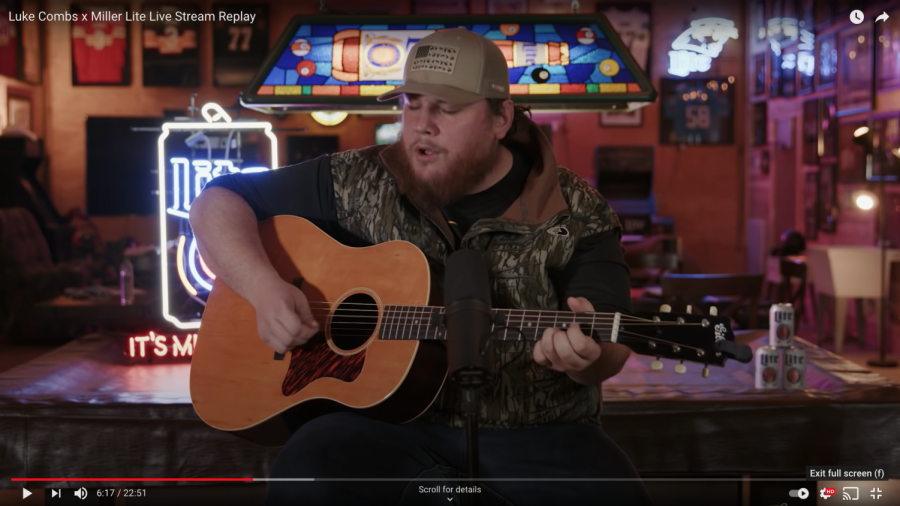 Luke Combs and other artists have relied on social media to stay connected to fans.

Covid-19 has shut down so much of the entertainment industry for nearly a year, but one thing in particular had many people disappointed with nothing to look forward to. Concerts were a way for fans to see their favorite artists in person and sing along to new hits. Concerts are finally starting to slowly come back at half capacity, with safety guidelines in place.

To no surprise, a 2021 concert is going to look very different than a 2019 concert. Although you won’t find yourself in the John Paul Jones Arena with thousands of fans singing along to Jason Aldean, concerts are beginning to return in Virginia.

Artists are starting to add concerts to their schedule that are socially distant with limited capacity. In order to remain socially distant, outdoor venues are being used now more than ever. If you are not lucky enough to get a ticket to see your favorite artist in concert, don’t despair, artists have done so much to stay connected virtually.

Despite many concerts being postponed, artists have found new ways to communicate with their fans and keep the excitement alive. Artists have turned to many social media platforms including Instagram, Facebook, and TikTok in order to keep fans connected.

One of country music’s fan favorites, Luke Combs, has been doing just that. Combs has been doing livestream performances on Instagram and also debuted a new song “Six Feet Apart,” during the pandemic.

Another country music star, Thomas Rhett has been keeping the connection between his fans alive through this tough time. Quarantine did not stop Rhett from producing new music. Rhett posts videos of him singing the unreleased songs on his Instagram page.

Rhett has produced a handful of unreleased songs including “Ya Heard,” “More Time Fishin,” “That’ll Be Us Someday,” fan favorite “To The Guys That Date My Girls” and many more.

During the global pandemic, one singer, songwriter, and dancer got the eyes of millions of TikTok watchers. Jason Derulo has become popular on TikTok partly due to the humorous content he puts out. With 30 million followers on TikTok, and Derulo posting quite frequently, losing fan relationships is not a concern of Derulo.

Many more artists are following in Combs, Rhett, and Derulo’s steps, providing entertainment for their fans, even during a pandemic. To keep up with your favorite artists and see updates on concerts returning, make sure you follow them on Instagram, Facebook, TikTok, and their other platforms.