In the driver's seat with Owen Smith 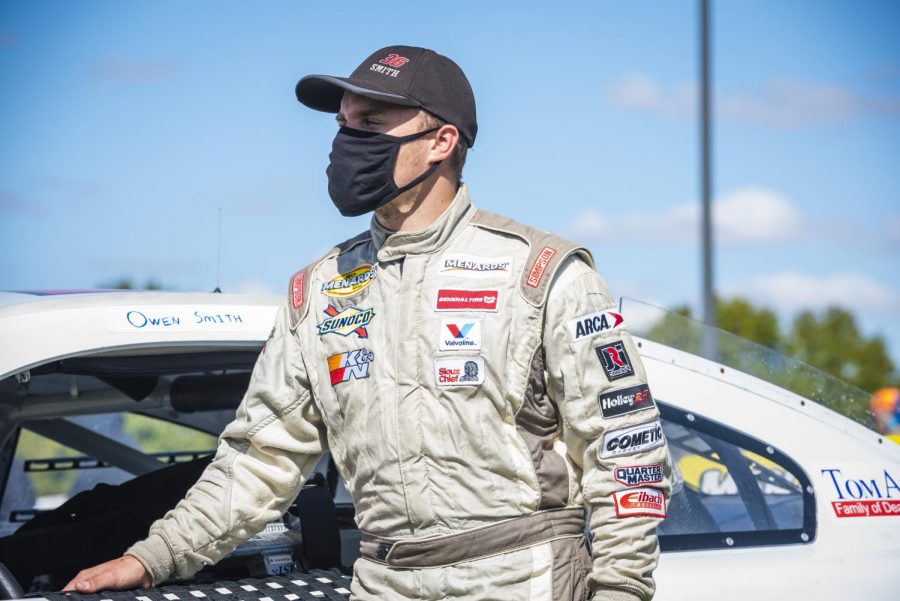 All photos printed with permission by Barr Visuals

Class of 2018 LCHS alum, Owen Smith, is racing among the top 1% of drivers in the country in the ARCA Menards series.

Owen Smith, LCHS class of 2018, is living his dream, traveling all over the country with ARCA Menards racing series, working on Nascar’s pit crews and driving 190 miles per hour on the track at Daytona.

Smith’s interest in racing started out in sixth grade when his father would take him to Southside Speedway on the weekends. Interest grew into obsession, and by age 13, Smith was out on the track at Shenandoah Raceway driving in his first race.

Smith compares the rush he gets from racing to the “most intense moments on a roller coaster, but it lasts for hours.”

Smith’s passion led him to the University of Northwestern Ohio. At UNOH, Smith joined the Over The Wall Club where he has made connections that have allowed him to tour the country, working on pit crews and racing at some of the most notable tracks across the United States.

Although Smith’s hard work and talent has resulted in incredible opportunities, the world of racing is not an easy realm to break into. Smith has to fight to get out on the track for every race.

Each ARCA series race comes with a price tag of approximately $30,000-$40,000 just for a driver to get out on the track to compete. Because of this, Smith has to work year-round to solidify sponsorships to get him in a car for each race, which is no easy task. Not only is it a costly endeavor to begin with, but it is also tough to find sponsors when profits cannot be assured.

Smith has spent countless hours building his portfolio and pitching to potential sponsors.

Earlier this year, Smith found himself living out every driver’s dream, racing at Daytona for the Lucas Oil 200.

Smith remembers tearing up, “Out on that track, I finally realized how far I’ve come.”

Smith is very grateful for all the opportunities he has been given and is thankful that he gets to make an appearance at the NASCAR races.

“If I can live everyday in my dream then I’d never be truly working,” Smith said.  Smith’s goal is to become a full-time career driver, and he has the dedication and work ethic to succeed.

Come out and support Smith at his race Saturday, April 3. Gates open at 5 p.m. To purchase tickets or for more information, check out Dominion Raceway Events.