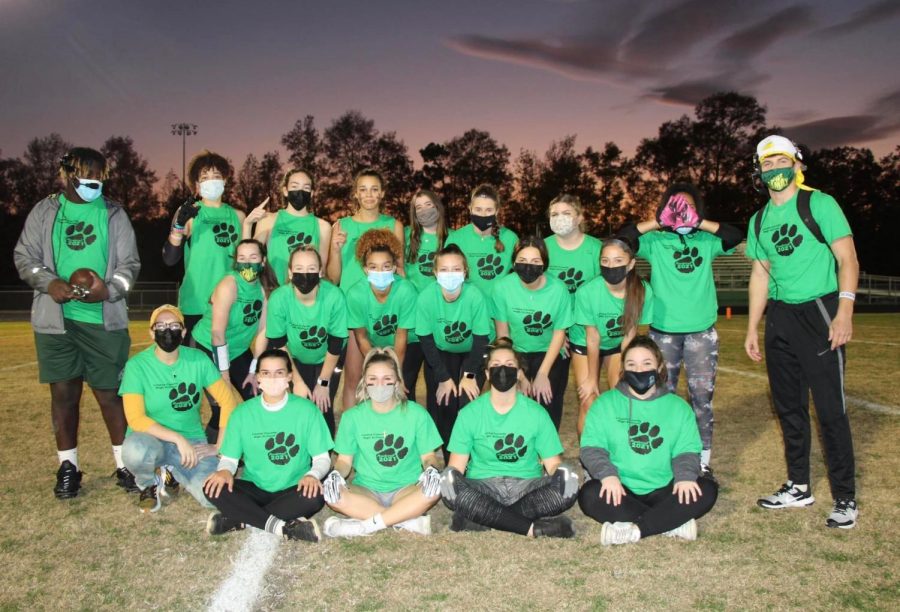 Photo by the Reflector Yearbook Staff

The Juniors after working hard and winning the PowderPuff Championship.

Last Wednesday night’s Powder Puff game was a success for the juniors. The first matchup of the night between the freshmen and juniors, ended in a junior victory. After that, the sophomores and seniors played a close game up to the end, with the sophomores winning in overtime.

The final game of the night was played between the sophomores and juniors. After multiple overtimes, the juniors took home the trophy.

There was a larger turnout for the game than expected; a student section was formed and the stands were filled with fans. The atmosphere was electric, filled with noise from fans, players, and cheerleaders.

Powder Puff enabled everyone to see different aspects of the game: football players were able to experience games as cheerleaders or coaches, and those who usually cheer or watch got a chance to step onto the field and play.