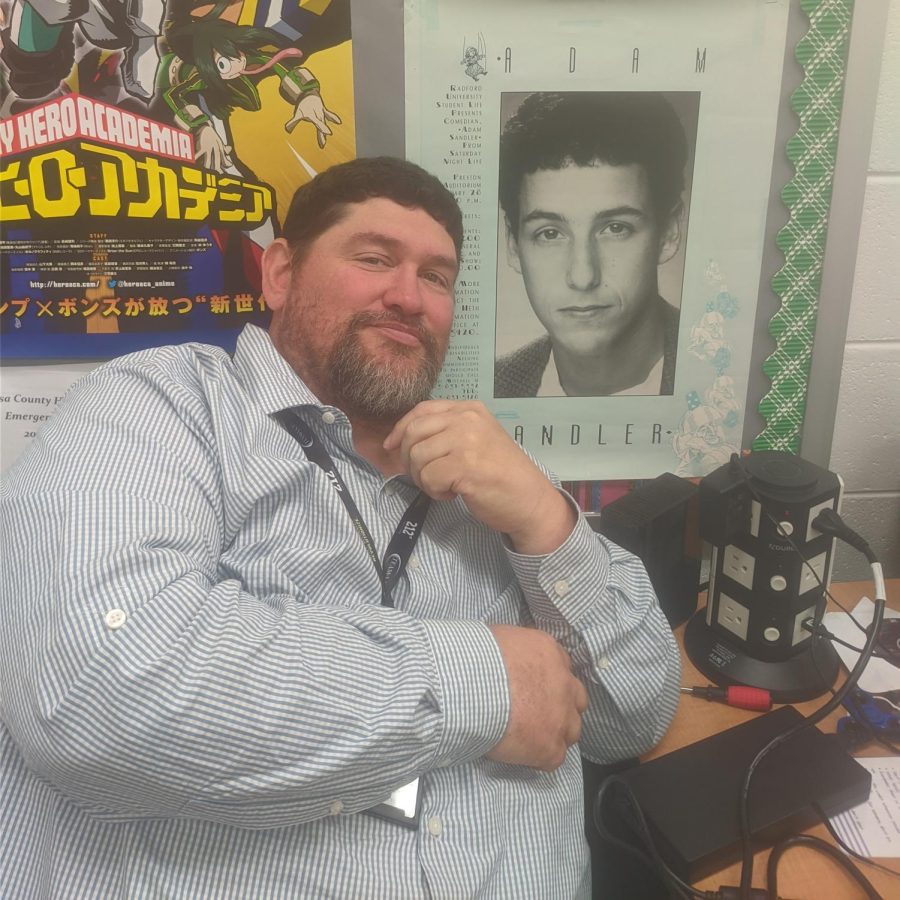 This year the school is offering a new and exciting course in Television and Media Productions, the class is taught by Kenneth Kilinski. Though Kilinski is new to Louisa County, he taught at Franklin County High School, in Rocky Mount, Virginia for seventeen years.

Before he started teaching, Kilinski graduated from Radford University, then worked in broadcasting for ten years.

“I had a fairly long broadcasting career, this is my eighteenth year of teaching and I’m honestly hoping to do another ten to twelve years.” Kilinski said.

Kilinski taught his course during quarantine, which required students to film and edit videos on their phones. Now, after two long years of covid restrictions and online learning Kilinski is optimistic about returning to normal.

“It was different this year because I could tell students were ready to get back into the building, and were ready to start learning again in person,”  Kilinski said. “This year students are coming back with an enthusiasm that I wasn’t expecting. When they were stuck doing online work, only about 30% of the students picked it up and did well, and the rest struggled in some way.”

His new classroom includes an attached studio and control room full of studio cameras, microphones, and editing desktops. The class mostly focuses on filming, acting, and editing, which includes learning to operate a film camera and to use adobe premiere pro.

“You can go in multiple directions with this class,” Kilinski said. “This class mainly teaches video production, but we also go over media distribution, including different forms of social media. Even though the broadcasting industry is losing steam, the need for video production professionals is growing in the social media space on platforms such as Youtube, Twitter, or Instagram.”

Students in Kilinski’s class appreciate his “hands-on approach to teaching.” One student, Joshua Crawford said. “Even though it’s only been a couple of weeks, I can tell this class is going to be a fun one.”

Looking through a few SD cards you’ll find footage students have taken all around the building and even some videos filmed outside the school. Another student, Noah Gallagher explained, “most of the assignments have been pretty open-ended,” some students have filmed comedy sketches, while some have filmed dramatic skits.

Along with teaching, Kilinski takes on some of the video production needs of the school. He helped create the new Jungletron scoreboard and multi-camera mobile studio, which will be used for live streaming and video playback during home football games.

“We are going to run a three, maybe four camera shoot at each home game,” Kilinski added. “The mobile studio will be used at all of the home football games to feed instant replay footage to the Jungletron, and the field will act as the studio.”