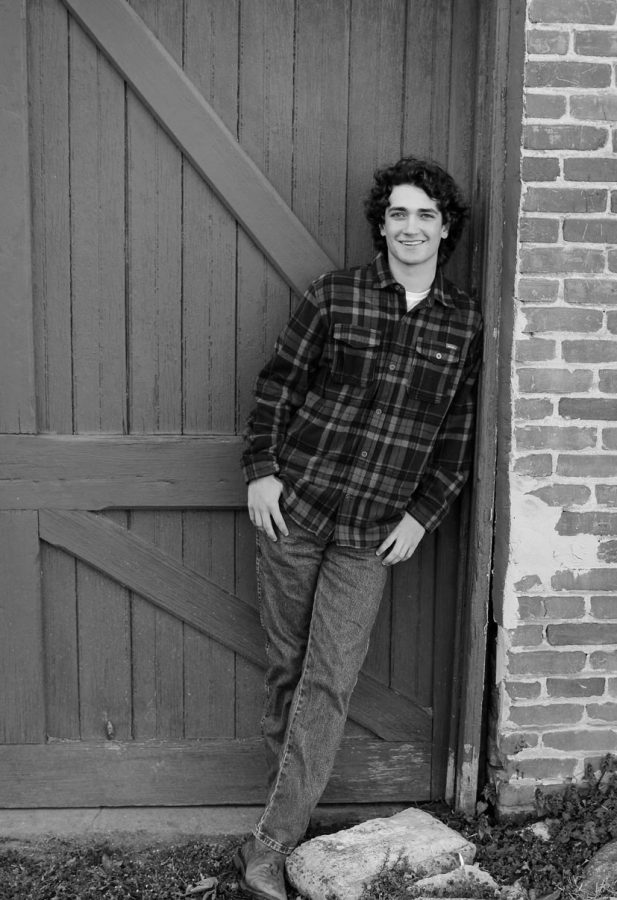 Perry Hopkins is a third-year Lion’s Roar staffer and will be attending Virginia Tech majoring in agricultural technology with a focus on turf management.

The man, the leader, the legend

Friday, Oct. 13, 2017, the Lions varsity football team hosts the Monticello Mustangs for the Homecoming game. The student section is packed to full capacity with students of all grade levels. Perry, just a little freshman still trying to find himself, is eye balling every move that the student’s section leaders do. From that moment on, my biggest goal in high school was to be remembered as the best student section leader this school has ever seen.
I grew up always trying to find a way to make people around me happy. Ever since I was 12 years old playing little league, I have always put this weight on my shoulders of trying to be the example people go by. I was one of the older players on my team, so I felt a responsibility to guide the younger players, not just through baseball, but also to help them become the people they were trying to become.
Fast forward to sophomore year, I finally got my chance to shine as a student leader when I least expected it. The Lions boys basketball team was on a historic run, one for the ages. One stereotype that people have for Louisa is that we only care about football. Once football season is over, our student section goes dormant. During that season, the Loonies erupted when the boys needed us the most. After some tough times our section leader was going through, the Loonies were in search of a spark. Even though I had never expected the moment to come so early in my high school career, I took what was given to me and ran with it. Everything that I had envisioned from that night in The Jungle, taking mental notes of how “The Boys” operated their student section, was coming true.
Now, senior year is here; this was supposed to be my year to show everything I have learned from greats before me. As we all know, every great story is not smooth sailing. This senior year has been plagued with COVID guidelines affecting everything that a senior looks forward to in high school.
Once the senior class got their chance to attend the last home football game of the season, again, I took the opportunity presented to me and ran with it. This was going to be the first and last time I was officially the main man in charge of the student section. It was going to be the biggest and grandest ending to such a long and great story. There was a vibe incomparable to anything I have ever experienced at a Louisa County football game. It was a sense of peace, students were just happy to be there. The seniors have not been able to do anything that we do in the past so when they got the chance to attend an event, their only goal was to enjoy it. After all the games the senior class has attended, never seeing a regular season loss, all the chants, the game that had the least amount of chants and “hype” will be the most memorable. I was content with going out in the fashion we did because it reminded me of light at the tunnel, there was a sense of happiness at the game that was unlike any other.
No matter what goals people set out for themselves, there are going to be roadblocks. The biggest lesson I have learned through my four years at LCHS is that trying to lead does not always have to be noticed. If I can inspire just one person, then that one inspiration will spread like wildfire and impact everyone.