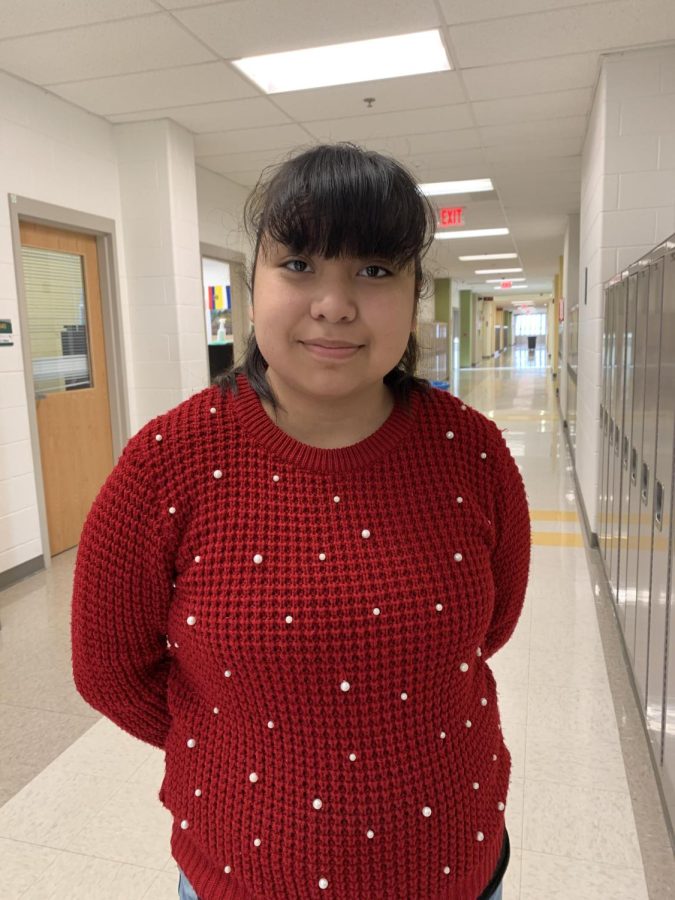 Artists of the Month: Milena Velazquez

Velazquez was born in America, however she was raised in Mexico. Velazquez and her family just moved to the U.S. in July. While growing up, she wasn’t interested in art until she saw anime for the first time.

“Anime was the first type of art to catch my attention,” Velazquez said. “Then, later The Starry Night by Vincent van Gogh became my favorite piece of art.”

From that moment on, art became a way for her to express herself. changed or shaped how Velazquez saw art. She developed her own style and learned what worked best for her, which happened to be anime style colored pencil drawings. Art was something she discovered and strived to learn about on her own, so not much could influence her style aside from herself.

“Nothing really inspired my art; I just decided to create,” Velazquez said.

Velazquez uses different types of art as a form of expression to communicate her feelings and thoughts. Her poetry, “Naturaleza Seca,” showcases multiple aspects from Mexico that she misses such as the changing seasons, summer heat, and dry fruits. She expresses this through using detail to make it seem life-like with the smooth shading making it appear as if it’s coming off the page.

“I miss its dry nature, seeing how it changes with each season of the year,” Velazquez said, “How they express themselves with colors in the sun full of burning.”

While her piece “Naturaleza Seca” or “Dry Nature” is mainly poetry, Velazquez has her own art of different cacti featured in her poem. These realistic drawings showcase vibrant flowers in shades of red, pink and yellow.  The cacti show flowing shading and definition with earthy greens going from light to dark bringing value to the pieces. Velazquez’s main medium to create art is colored pencils, which is used often in her art to really capture the details of what she’s creating.

ESOL teacher, Ms.Fontaine was approached by the librarians to see if she was interested in having her class create a display for Hispanic Heritage Month. What I Miss About My Native Country was the project chosen for the display. Fontaine asked her students to come up with things they miss from their native country and drawings of those things. Fontaine appreciates Velaquez’s artistic skills and positive personality in the classroom.

“She especially likes creating anime-style drawings,” Fontaine said. “And has a great eye for details and an amazing sense of proportion and lighting.” 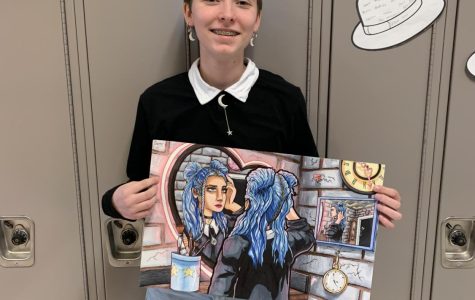 Artist of the Month: Cam Fjestad

Junior, Cam Fjestad, is an up and coming artist finding her way to success one step at a time. Even after a show cancellation, Fjestad is still creating more art everyday.     Fjestad specializes in alcohol markers and colored pencil animations. However, she also enjoys creating pieces done with watercolor too. The pigment and texture of the colors when using the markers, colored penc...